I saw a Ruffed Grouse in Vancouver! Never thought I'd see the day!

May 07, 2018
This morning Simon Bernard reported a Ruffed Grouse to eBird. Then I chased it .... SO MANY people told me I would never find it. I drove all the roads around Minnekhada when I decided to try the road to the Quarry Trailhead and bam! there it was . The bird was strutting across the road very slowly.  Then it disappeared into the tall grass. It took about 20 mins and then I refound her and could not shake her for the next hour. 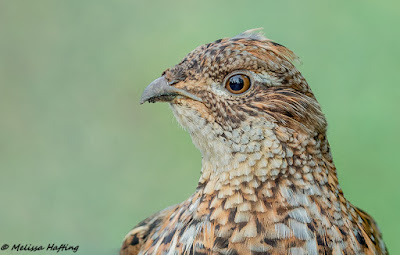 I texted my friends and waited for the 6 people who told me they would come so I waited with the bird. John Reynolds was the first to arrive 20 mins later. As soon as he got there he saw it and then it flew down towards him and then began cooing and then walked right at both of us. Here is a photo of how close it was to us about 5 feet!


While we were looking at the grouse sitting on the ground a Black Bear crossed the road right in front of us. A crazy twitch we wouldn't soon forget we said. As it was so close to us we could see the tail and its uppertail coverts. From this, we could determine that the bird was a female because the tail band was broken (males can have broken tailbands too) and there was no pale spotting on the uppertail coverts, the tail wasn't too long and no ample black ruff around the neck. We could not see any sign of chicks. 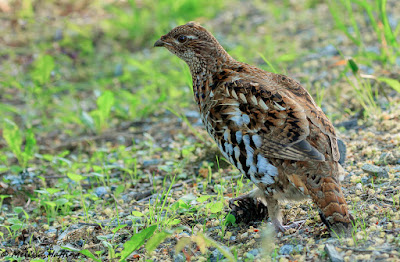 We were so thrilled to see this bird I'm so happy I was able to refind it! I mean it shows that there is still some suitable habitat for this species in Metro Vancouver. Many birders who came tonight said they had been searching for one for 20 years in Vancouver to no avail. It was a new Vancouver bird for all that came out tonight...#312 for me. Longtime birders haven't seen one since the 1970's here and the last few sight records were mostly in the 1990's with a few scattered un-photographed records from the 2000's..... crazy.

Josh Brown a young birder came out and I waited for him to see it. I was so happy to see he got it because for 5 years he has been trying to see this species and he has travelled all over BC looking for it! Every young birder trip where we hope to see one we have dipped. Rob Lyske and I couldn't get over his expression tonight see this photo:


Another young birder Adam Dhalla came out and also got his lifer tonight. He got to see one black bear cross near to us as well. 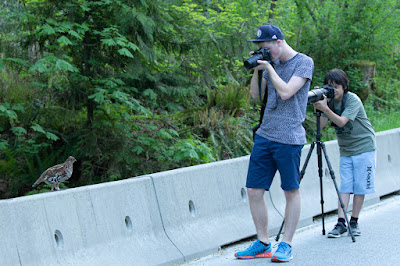 After he left 2 more black bears were seen.


It isn't often we get to experience such magical days like this in Metro Vancouver where we think natural landscapes are getting over developed and we get to see a bird we thought was extirpated!

Let's hope that we have many more and that Western Screech-Owls and Spotted Owls are rediscovered in the area... we can dream can't we?