I'm honoured to be featured on eBird's home page 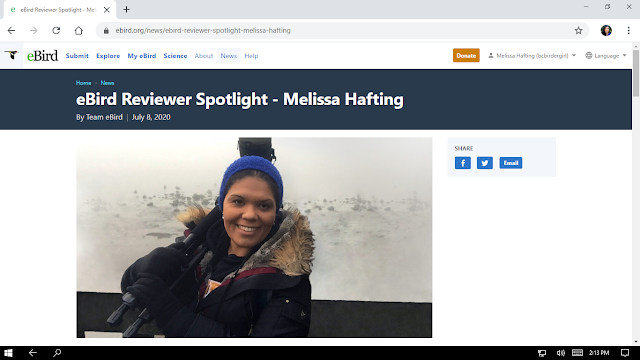 I am honoured to be the first eBird reviewer to ever be featured on the main home page eBird.org

This is part of a new "eBird Reviewer Spotlight" series. They asked me to speak on the lack of diversity and race in birding and I have done so.

Check it out at ebird.org or direct link HERE.

I am grateful to Team eBird for amplifying Black voices in birding and to not use the excuse based in privilege that it is a "political issue." 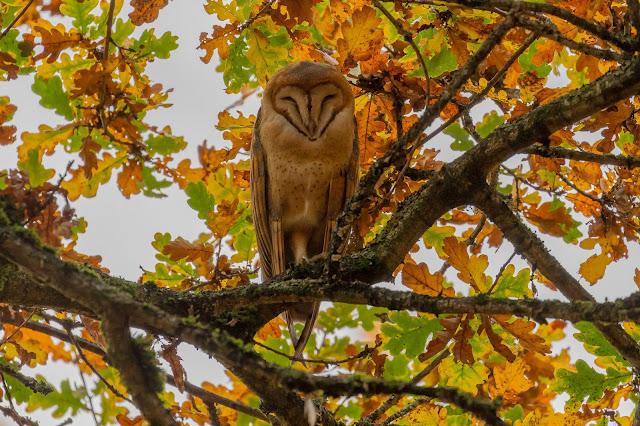 **Update on July 13th - Saanich's motion passed and they have banned the use of rodenticides on all city property and facilities. See HERE**

As you know I have been vocal and passionate about banning the use of rodenticides due to the secondary poisoning  that owls, raptors and mammals face.

As soon as I heard that the District of North Vancouver banned the use of rodenticides at their facilities I began to write the city of Richmond. Richmond gives out free rat poison to any resident who requests it. They also use it at all their facilities. Richmond has a great Barn Owl box project but I explained to them there is no point putting up boxes for them if you are essentially going to feed them poisoned rodents!. I talked about the alternative humane A24 Goodnature CO2 Trapand why this should be adopted, as it is non toxic to predators that eat the rats and also kills the rodent quick and humanely. Poison kills them slowly and painfully as they take days to weeks to die by bleeding in…
1 comment
Read more 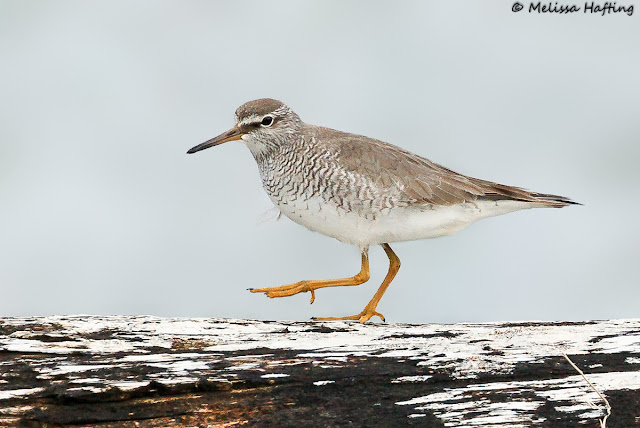 A Gray-tailed Tattler (GTTA) was found by Joachim Bertrands and Christian Kelly on June 23rd at Minette Bay. This was Canada's first record. A news story on the bird from CBC news can be found here. A CBC Radio interview with my friend Walter Thorne about the GTTA can be found here.

You may remember how I missed this rare bird by 20 mins in Nome. A painful memory, as not only did I miss him but also a Ross's and Ivory Gull all in the same area. So it was a lifer I really wanted to get. I got the Ivory Gull recently therefore I am just waiting now for the Ross's Gull....

Anyways I decided to get up there on Friday even though it was a long long way from Vancouver. It is beautiful country up there and I looked forward to get back there. I arrived and went straight to the spit at Minette Bay and walked out. I met Mark Phinney from Dawson Creek who was there and had been waiting for 8 hours before it showed up. I also met up with local Kitimat birder Walter Thorne.

The bird was …
4 comments
Read more 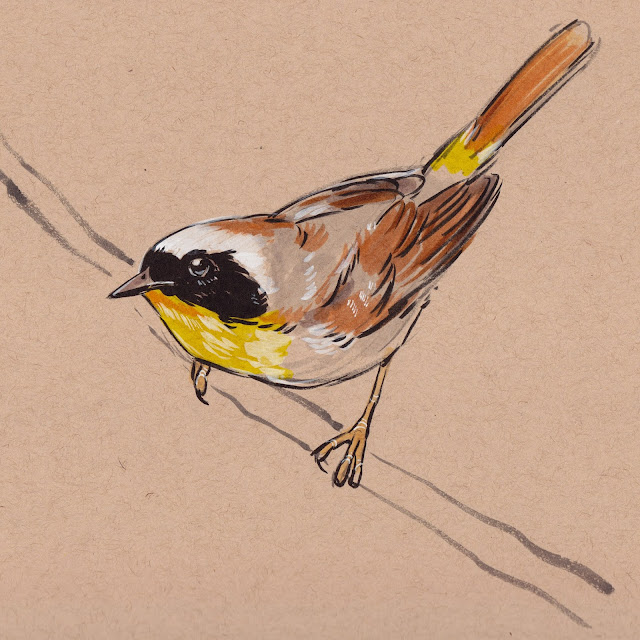 Well we have lost our beloved Northwestern Crow. The North American Checklist Committee of the American Ornithological Society has lumped that species with American Crow.

Also they denied to make the Northern Saw-whet Owl subspecies on Haida Gwaii a full species. However, Mexican Duck was officially and finally split from Mallard.

Japanese White-eye was officially split into Warbling and Swinhoe's too.

Also  to liven up this post I have included a recent painting Charlotte Belland (Professor of Animation at the Columbus College of Art and Design in Ohio) recently did of my Common Yellowthroat photo. I was honoured!

Check out my Wild Bird Trust of BC Interview 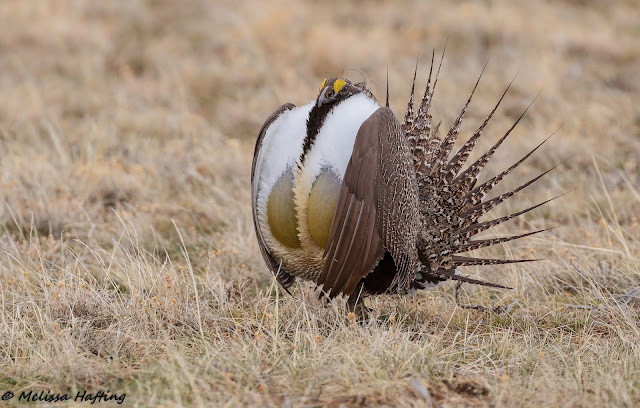 I was interviewed by Alice Sun for The Wild Bird Trust of BC.

You can read the interview HERE

Thanks to Alice Sun and The Wild Bird Trust for the feature.

Here is one of the photos they featured in the article.

Check out this painting done of me by Casey Girard 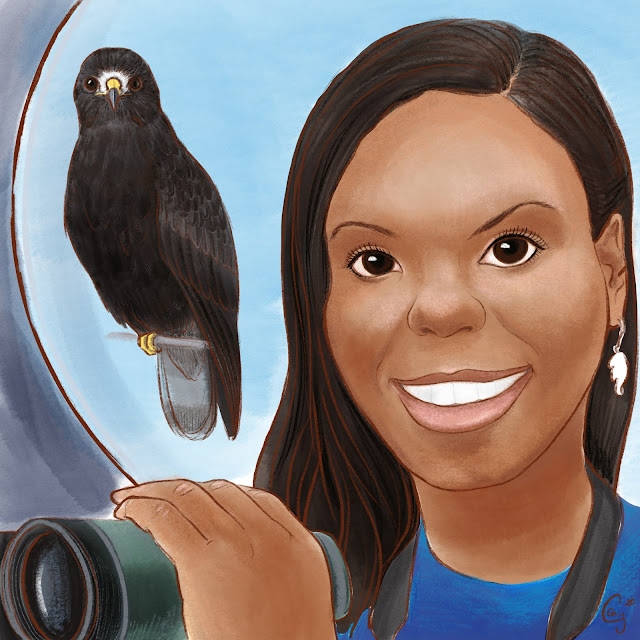 A talented artist from California named Casey Girard asked me if they could paint a portrait of me. I was honoured!. Casey drew me with my favourite bird the dark-morph Rough-legged Hawk.

This was done as part of Casey's series in celebration of Black Birders who have made a difference in their communities so I was truly honoured to be part of it. You can check out some of the other Black Birders that Casey has painted HERE at Casey's instagram account.

The Ovenbird Twitch to Squamish 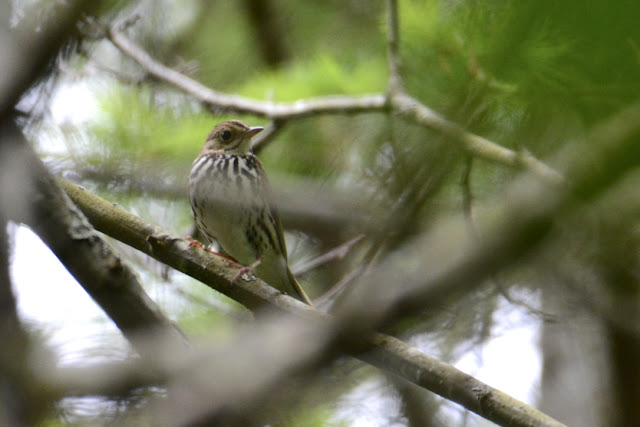 Young birder Bridget and I went up to Squamish today to twitch an Ovenbird that Christopher Di Corrado found yesterday in Brackendale.

As soon as we drove up to the spot on Gov't Rd he was singing his heart out so loudly. He was doing his "Teacher, Teacher, Teacher" call. You can hear my recording here. It took quite a while to finally get a visual on him but we did. We also got badly eaten by mosquitoes in the process.

It was a new BC bird for Bridget! Congrats B. My friend Chris Dale told me we were lucky to get photos because he couldn't. Several others could not as well, despite trying for hours :(. Other highlights here were Cassin's Vireo, Chipping Sparrow, Townsend's Warblers and some Evening Grosbeaks.


We then headed to the Spawning Channels where we had several Red-eyed Vireos and an American Redstart, MacGillivray'sand Yellow Warblers and a Willow Flycatcher. After this we had a delicious take away lunch of sushi outside at Umai Sushi. Bridget ke…
2 comments
Read more

A Victory for Owls in North Vancouver ! 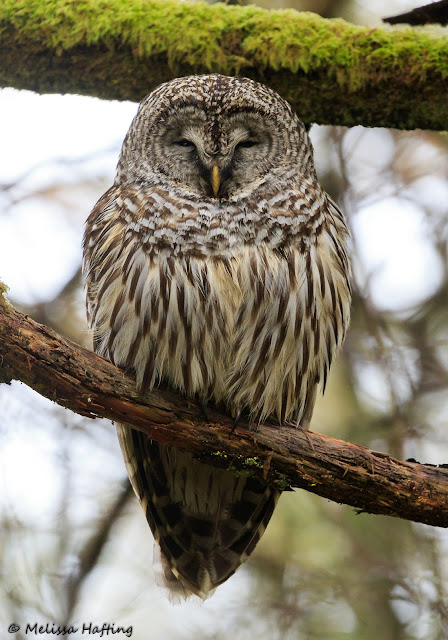 You know I've made several posts about the dangers that rodenticides pose to a variety of animals, especially Owls.

Well today the District of North Vancouver's council voted to ban the use of rodenticides and it passed!. The poisons will no longer be used in any of the city's facilities. The motion also petitions the province to ban rodenticides outright and asks citizens to stop using them on their land as well.

You can read the full news story HERE

Hopefully this will spread to other cities in BC and across Canada!

Thank you councillor Megan Curren for bringing this motion forward!

Please let us continue to write our cities and the province to ask for the same thing and more -- a full ban!

An Outing To Beautiful Pitt Meadows 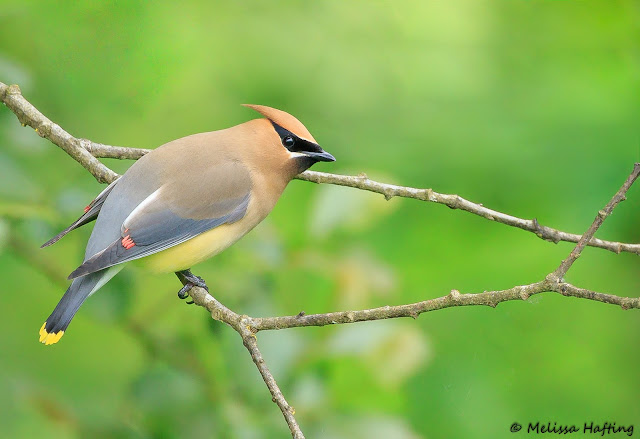 Went to Catbird Slough on the weekend. I got to see some gorgeous birds including Cedar Waxwings. Waxwings are such elegant birds, so I was thrilled when a few perched close to me.


This photo even got featured on the eBird homepage (ebird.org). It was my first time to be featured which was cool!. They also tweeted it out on twitter here and on instagram here.


It was a thrill also to have a Western Wood-Pewee land in close at eye level. They usually sit so high up, so I definitely took advantage of my good luck!