Showing posts from January, 2017
Show all

A second chance at the RED-FLANKED BLUETAIL! 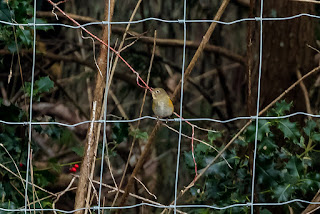 I went 3 times to see this mega rarity, a female type Red-flanked Bluetail and I saw it 2 times. The first view was so brief I was unsatisfied and decided to return. I was glad I did because I had the bird in the open for a full 5 mins! I took young birder Liam Singh and Camille Faubert and Janice Melendez. It was excited to see Liam so happy after getting this awesome lifer.  This bird was a very painful twitch for me. I saw it first with Ilya when we went over on December 30th. At the time I had her in partial view for a total of 2-4 seconds! This was the toughest twitch I've ever been on. It is one expensive ferry ride and a long drive each attempt. It was freezing cold and the first day we stood outside for 6 hours straight. The second day, another 6 hrs and yesterday only a short 4 hours! The bird follows no real pattern and is unpredictable and skulky.  I have spent 16 hours on this bird and only came away with this poor record shot. I worked so bloody hard for it that I fig
1 comment
Read more 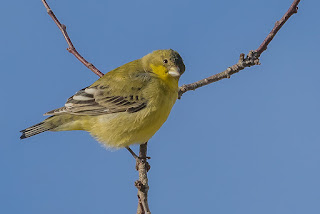 I went to Abbotsford to twitch the male Lesser Goldfinch at the Brookside Inn. This is the second year a Lesser Goldfinch has returned to that feeder. Last year they had a female though. When I arrived I spotted it right away in a large flock of American Goldfinches at the feeder by the parking lot. Young birder Katya Kondratyuk pulled up shortly after and I helped her get on the bird and she was thrilled. Male Lesser Goldfinch in Abbotsford, BC - Photo: Melissa Hafting You can read more about this sighting at my other blog the BC RBA HERE
Post a Comment
Read more 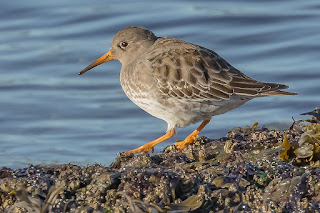 Mike Tabak, Ilya Povalyaev, Quentin Brow, Peter Candido and I went over to Victoria BC to get BC's first Purple Sandpiper. This bird was my favorite twitch of 2017. Jeremy Gatten found this bird on Dec 30th and identified it as a Purple Sandpiper. The bird was around before he found it but thought to be an aberrant Rock Sandpiper. Kudos to Jeremy Gatten for thinking outside of the box. I sent flight shots of photos of this bird from several individuals to shorebird experts including Kevin Karlson, Peter Pyle, Michael O'brien and it was concluded that this bird was a Purple Sandpiper. It still needs to be reviewed by the BC Bird Records Committee to be accepted to the official BC list but there is no doubt that this is a Purple Sandpiper after speaking to experts. Our group was lucky that when we went the Sandpiper approached the rocks we were sitting on at Kitty Islet. This bird became difficult later on with distant scope views only on little Trial Island. This bird was las
Post a Comment
Read more
More posts