Showing posts from August, 2015
Show all

A grouse big day with 44 Grouse of 4 different species! 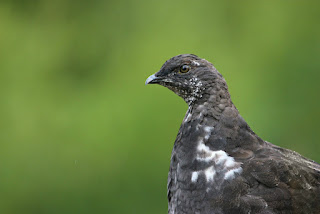 Liron and I did a Grouse Big Day today we got 16 Sooty Grouse in Manning Park and 12 Ruffed Grouse in Merritt (5 being on the road to Peter Hope Lake and the rest on two Forest Service Roads out of Merritt on our way home!). We got 15 Dusky Grouse including one beautiful displaying (late for season) Male Dusky Grouse on the same forest service road!. Liron got some great photos of him and all the grouse. I got some great Sooty shots especially of one little sooty chick who was so curious he walked right up to me with his head cocked, so close I could touch him! We got 4 Spruce Grouse (a female with chicks) on the Forest Service Road from Merritt! Total count for the day was 44 grouse!!! I've never seen so many grouse in one day in my life! We drove from Vancouver to Manning Park to Princeton to Merritt and then to Boston Bar and back to Vancouver! A long but great and successful day.  Male Sooty Grouse at Manning Park - Photo: Melissa Hafting Female Spr
Post a Comment
Read more I went down to Ocean Shores, WA on Wednesday for the Lesser Sand Plover and went for the first time to Ocean Shores. I really loved it down there it was really peaceful! I saw tons of beautiful birds and did end up getting the main target the Lesser Sand Plover! The drive was 4.5 hours and very little traffic which was nice. My friends told me that Elegant Terns were seen in Ocean Shores when I was there so I went out and got them too and I found some juveniles! They look very cute with their balding crested looking heads. They are much smaller (and elegant) looking than the Caspian Terns. They are a rare bird for Ocean Shores I asked them to fly up North hopefully they heed my request. Unfortunately they were very far away and the photo is a very poor record shot  Elegant Terns with Caspians Terns at Ocean Shores, WA - Photo: Melissa Hafting I found 6 Red-throated loons and one in breeding plumage close to shore at the Ohyut Game range. They had moulted their
Post a Comment
Read more

Wandering Tattler in or out of Metro Van? 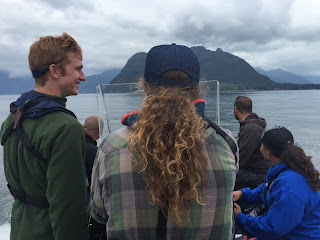 A group of us (Jeremiah Kennedy, Yousif Attia and his cousin, Julian Heavysid, Ilya Povalyaev and I) went out to Pam Rocks after Julian Heavyside had reported a Wandering Tattler and Ruddy Turnstone. We departed Horseshoe Bay in West Vancouver. Pam Rocks is near to Bowen Island and after briefly consulting maps it looked as if it was in the Metro Van checklists. We got out there and quickly found the Tattler but there was no sign of the Ruddy. We did see Black Turnstones, Surfbirds, Least and Western Sandpipers and  Pelagic Cormorant and Pigeon Guillemot colony.After we got back we had a delicious fish and chips lunch celebrating another Vancouver bird to add to our list. That year there was no Tattler at Iona where Tak Shibata usually finds them. Unfortunately that evening we figured out when Ilya tried submitting the sighting with his GPS coordinates that Pam Rocks was considered in the Sunshine Coast even though we could see Lions Bay in West Vancouver from the island. We circled a
Post a Comment
Read more
More posts