Showing posts from April, 2016
Show all

Eastern Oregon - Cabin Lake and Malheur here we come! Oh and Idaho too... 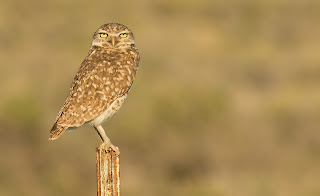 Ilya and I went down to bird South-Eastern Oregon because we heard so many great things about it, especially the Malheur National Wildlife Refuge. We were also eager to photograph Sage Grouse up close, as we have both only seen them at distant leks through a scope. We started out in Southern Oregon. We knew that Cabin Lake Campground was best in August to see Pinyon Jays but since they would be a lifer for both of us and since we were heading to Malheur anyways, we felt we might as well try. Boy were we glad we did. We saw quite a few birds there, it was very hot and we both have never seen so many Ferruginous Hawks and Sage Thrashers in one place! In one road we counted over 15 of each. After Cabin Lake Campground we stopped at Fort Rock State Park and saw many good birds including nesting Prairie Falcons. We had close views of many raptors including Golden Eagle and Swainsons Hawks. Here is some of the species we saw in Southern Oregon in the Fort Rock area: Eur
Post a Comment
Read more 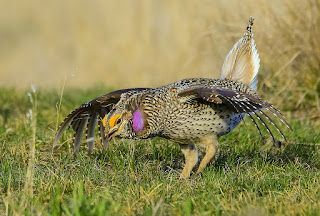 I was blessed to go to a Sharp-tailed Grouse Lek. The location of the sensitive Lek cannot be shared since they are the endangered subspecies and too much disturbance could cause them to abandon the lek. All these photos were taken with use of a photo blind so that the grouse could not see me and were not disturbed. You can see from the video how close they walked in front of me which would never be possible if they could see me. They are notoriously impossible to get close to at the best of times. It is always one of the most thrilling experiences to watch these grouse display. They are one of the most stunning and threatened birds of the prairie. I watched some males squaring off to fight and display for females. The fights can get messy notice the blood on the beak in some of my photos. I was able to see a couple of female and male birds mating on the lek as well. I slept overnight at the lek because I had to setup my blind the night prior before the grouse arrived. I was up
Post a Comment
Read more
More posts