Showing posts from February, 2019
Show all

The Dusky Thrush came back! Plus some bird stories you have to read! 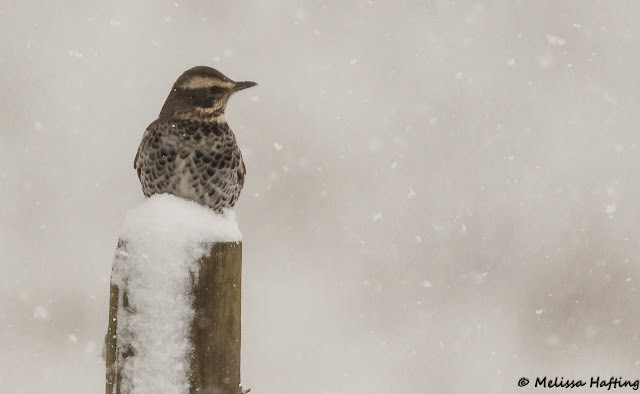 Today I got some great news! When we were away in Ecuador a Dusky Thrush had been found by David Baird and Bryan Vroom in Nanaimo. It disappeared on Jan 23rd and hadn't been seen since... well not until today! Iwan Lewylle relocated it at the same spot. I went over in the snowstorm and saw him. He was hanging out by a holly tree with a bunch of American Robins. There was at least 8-10 cm on the ground of snow and more was continuing to fall. What a great snowday! I was able to share this day with my friend Peter Candido who had also missed it when he was in Cuba. I sure hope this little thrush stays for all who want to see him like Ilya!. This was BC Bird 426 for me!. Dusky Thrush on fencepost in the snow - Photo: Melissa Hafting If you haven't heard already there is a half female/half male Northern Cardinal in Pennsylvania. Take a quick read HERE . Also a very interesting NYT article on hummers: " The Hummingbird as  Warrior:   Evolution of a   Fierce and
2 comments
Read more 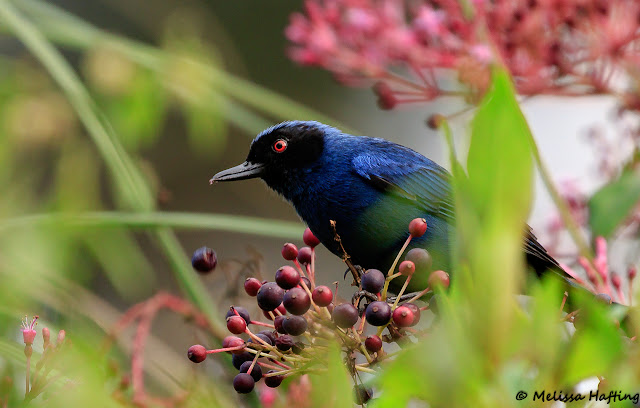 I recently went on an 18 day vacation to Ecuador. I left Vancouver on a flight with Aeromexico via Mexico City. It was my first trip to South America and I felt I would love it. The trip would consists of visiting the subtropical and temperate cloud forests, subtropics and eastern foothills, paramo and amazon. It was intended to sample as much different species as possible, since they vary so much by elevation and from region to region. Part 1 After arriving in Quito the first stop was our hotel “Hotel Quito.” The first bird I saw was an American Kestrel. It was a different subspecies than the ones in Canada but not too exotic. There was a Rufous-collared Sparrow and Eared Dove, Great Thrush and Sparkling Violetear. These were about the most common birds in urban Quito I was soon to discover. The bird that awed me the most that day was a Black-tailed Trainbearer (a hummer with a long tail. I even found a sparkling Violetear feeding a chick in a nest which was neat to see.
19 comments
Read more
More posts