Showing posts from March, 2019
Show all

A night of magic with 3 Boreal Owls in BC! 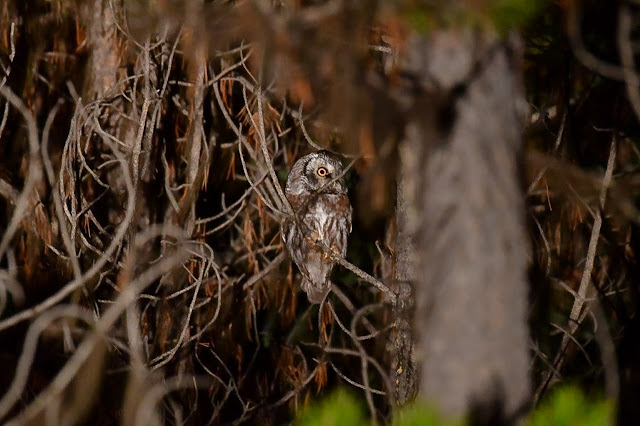 Since owls are calling now and pairing up for the breeding season, I decided to go looking for Boreal Owls in the Okanagan. I called up my friend Chris Charlesworth and Mike Force and made plans to go owling. I asked my friend Brian Stech who loves owls and really wanted a photo of one to join me. We drove up a dirt logging road in appropriate habitat and began to listen. Within 10 minutes Mike and I heard a Boreal Owl singing it's song in the distance. Chris began to call him with his voice. The way he mimics a Boreal Owl is truly uncanny. He sounds just like them!. The owl went dead silent. We knew this meant he was coming in closer for a better look. Chris spotted him in the dark. The key to owling for Boreals especially is to go on a clear cloudless night with no wind. I had been looking for this in the weather reports. The night couldn't have been more perfect, all clear, no wind. I never saw so many stars it was just beautiful. Living in the city you sometimes f
8 comments
Read more 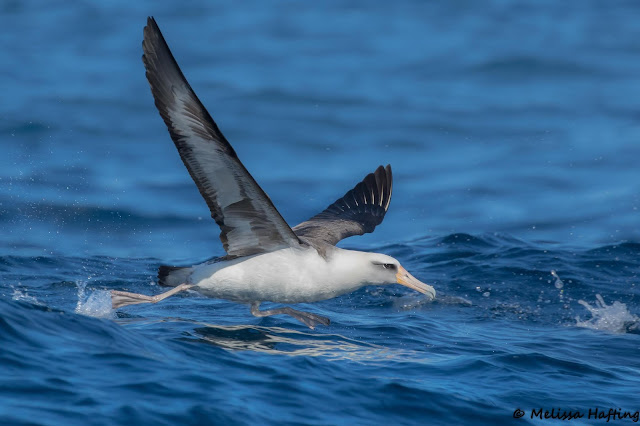 We had an incredible pelagic today with Ocean Outfitters off Tofino with beautiful weather.  Our trip had been cancelled last week due to high swells but it was obviously meant to be because we had sun and relatively calm weather. We took the ferry over from Tsawwassen and while on board we had 1 male transient Orca swim by us. We felt the trip was off to a good start.  On the drive up we ended up getting 2 Western Screech-Owls near Port Alberni and they were calling back and forth to one another in the middle of the day which was really rare! Another young birder Joshua Brown had one fly over his head early in the morning while at Long Beach as well!. Western Screech-Owls are blue listed in BC and endangered so this is quite a rare sight but I guess it is breeding season and luck was on our side this weekend. You can listen to a recording I made of the duet of the male and female HERE . We got up early and 12 of us set off onto our trip on Sunday March 17th. Early into our tr
10 comments
Read more 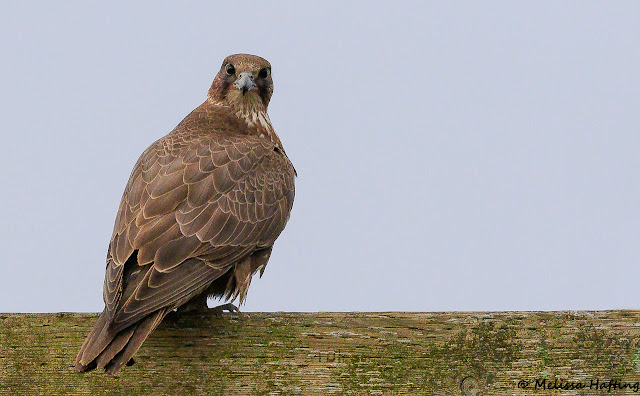 Today I went birding in Pitt Meadows. I ended up seeing the Gyrfalcon that my friend Mike Tabak first found in early February. It only took me 7 visits (!!!) to track down the Gyr. He wasn't in his usual spot but was near the Connecting Rd area. The same area where the Prairie Falcon had been (who seems to have now left). This is also where 4 days ago we found a rare Golden Eagle. Well today I got the best photos I've ever got of this species. I guess he took pity on me because he just sat there on a telephone pole and let me walk out of my car and shoot him. I had the pleasure of watching him for 30 mins when he finally decided he had enough. By April 1st he will be long gone to his breeding territory up north so I was really hoping to catch him this winter.  These are the largest falcons in North America and I love their fierce expressions and great power in flight. It was a nice reprieve to see him because of what I saw earlier.... I was hoping to find an early Moun
Post a Comment
Read more
More posts