May 17, 2018
Yesterday, I went to Victoria to show my friend Blair Bernson his Eurasian Skylark. He has tried 4 times before. As soon as we Brian Stech, Blair and I) stepped out of the car, the birds were singing and displaying. There was a total of at least 4 birds present. When they land on the dirt it's like they evaporate as they blend right in with the dirt. I got the best photo I could hope to expect as they are tough to photograph and my last photo was to be desired. 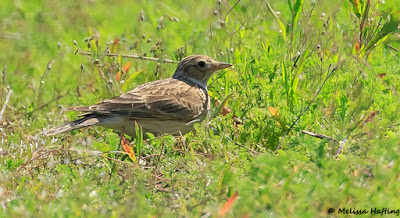