May 13, 2018
We started eagerly on Friday at the Tsawwassen Ferry Terminal en route to Tofino via Nanaimo for our pelagic. At the compensation lagoon in Tsawwassen, we saw one late female Long-tailed Duck, 1 Black Scoter and Greater White-fronted Goose, Semipalmated Sandpiper, a Whimbrel, Brant, Harlequins and many Black Oystercatchers. We got in to the "Whaler's on the Point Guesthouse" and met the others. We were all excited for the pelagic the next morning.


Well...our pelagic got cancelled at 6:15 am on Saturday; the same day we were supposed to be going out at 7 am. The disappointment by all was an understatement. On top of that, there was heavy fog in town making shorebirding impossible. My friend Mark Wynja had done some pre-scouting for us and when we tried to check it out ourselves an hour later, it was still socked in, we did see an Osprey and Blue-winged Teal, a few Whimbrel and Western Sandpipers through the heavy fog but that was it; so I decided to try for a plan B.

We had 11 kids from as far away as Kelowna here and I was trying to keep morale high. I called the Whale Centre and we got on a bird watching tour to Cleland. There was 4 metre swells at the continental shelf so we couldn't go out to pelagic waters. Another year where we couldn't get a Black-footed Albatross (on our last pelagic somehow we got a Manx Shearwater but not a single Albatross) but we wanted to make lemonade out of lemons and that we did. John Forde was a great captain and he took us out to Cleland Island.

The sun was shinning and it was a beautiful day. Toby and Cedar were in the front happy as ever spotting all the birds for us. Toby and Cedar's attitudes are so uplifting they made any kids who were feeling down happy as ever. You just can't be sad around these 2 cuties.

As we drove out we saw Pacific, Red-throated and Common Loons and Red-necked Grebes in breeding plumage. The Pacific Loons truly are stunning. We saw many Brandt's and Double-crested and Pelagic Cormorants, Brant Geese, Surf and White-winged Scoters and a Western Sandpiper as well.


At Cleland Island the water was very rough and we could see why the Pelagic was cancelled. The green waves and rocks reminded us of Hawaii. We found many marine mammals Sea Otters, huge Steller Sea Lions (especially the bulls), Californian Sea Lions and Harbour Seals and many many birds. We saw hundreds of Pigeon Guillemots and many Common Murres who were sitting on the rocks like penguins. We also saw many Rhinoceros Auklets, Glaucous-winged, Olympic, Mew and Herring Gulls, Harlequin Ducks, Bald Eagles and at least 40 Black Oystercatchers vocalizing. Black Turnstones, 17 Red-necked Phalaropes and Marbled Murrelets were also present. 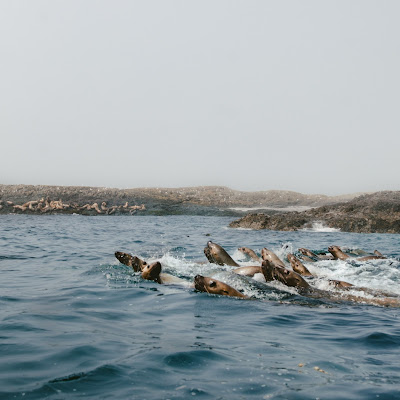 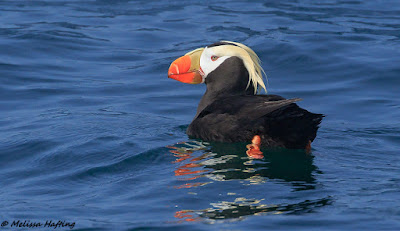 After thanking the Captain John for a great trip, we said goodbye to Toby and Cedar and headed for the ferry. On the way back to the ferry we stopped at Wick Beach to look for the reported Long-billed Curlew. We could not find it but we had many Townsend's Warblers and over 20 Semipalmated Plovers. We also saw Sanderling, Dunlin, Least and Western Sandpipers. The youth were really hoping to see a wolf in Tofino but the tides weren't right (as they prefer to feed at low tide with the bears) and they are an elusive animal, but we couldn't complain after our great day. A big thank you to Mary Forest for helping us out this day in Tofino! 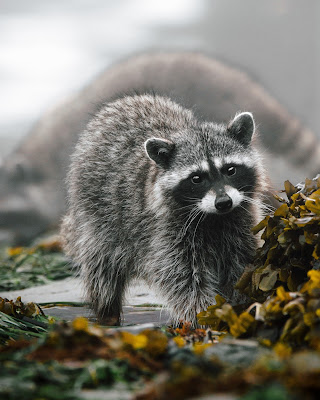 On the ferry home, we had at least 200 Common Terns and a Parasitic Jaeger as highlights. It was a nice way to end our unexpected but great trip. The youth learned a valuable lesson, that there is always something good to come out of disappointment.