September 11, 2017
Ilya and I went down to Washington and had a terrific weekend. Ilya needed Mountain Quail as a lifer so I took him to a spot I knew and we ended up getting 7. I will post a few shots below. These birds are not easy to find in WA and are severely declining there. They are declining mostly due to habitat loss due to development, intense agriculture and overgrazing, flooding of riparian areas (through dams) and climate change creating the loss of much needed water sources. Mountain Quails are the largest of any quail in North America and these birds are sadly completely extirpated from BC. While looking for the Quail we saw many other birds of note such as Black-throated Gray Warblers, Cassin's Vireos, Band-tailed Pigeons, Bewick's Wrens and Western Tanagers just to name a few.

We went to Neah Bay for a pelagic but sadly due to weather and people getting really sick our boat had to turn back to port. It was a long way to go for a big disappointment. It was good seeing my friend John Gatchet though and meeting Jason Vasallo and Will Brooks who ended up finding a Black Phoebe and Waterthrush at the Bay.

We made new plans and headed to Port Angeles. There we had a delicious Thai dinner at a restaurant called Sabai Thai. This whole trip was my belated birthday trip since Ilya was away for my birthday.

This thai food was the best I ever had, we particularly loved the Panang Curry with Alaskan Cod. It was a nice way to warm up after a rainy and wet pelagic misadventure. After that pelagic we were so grateful we did the Tofino pelagic and how wonderful that one turned out. To read bout my Tofino Pelagic trip report click HERE

The next morning we got up and went to breakfast at The Chestnut Cottage Restaurant (highly recommend it especially their scones and scrambles :)) and  drove up to Olympic National Park after paying our 25$ entry fee. The sun was shining and there were lots of people about we hiked up Hurricane Ridge Trail after a tip from our friend Brian Stech. The hike was gorgeous and we saw 6 of the Olympic Marmots we had hoped to see! These marmots are endemic to the Olympic Peninsula and Olympic National Park. We were hoping to see Mountain Goats (that apparently had been very aggressive towards humans this summer) but had no luck. We loved seeing these Olympic Marmots they were cute as ever and looked different than any other Marmots we saw. Now we only need to go to Alaska to see the Alaska Marmot (thanks Jeremy).... One day.

We ended up seeing endemic Olympic Chipmunks and Deer as well. We had gorgeous views of Port Angeles, Victoria, Canada and The Olympic Mountains and the beautiful multi-coloured floral valley beneath us. Olympic National Park holds many species that are endangered, threatened and endemic and for this reason it is a UNESCO Biosphere Reserve and World Heritage Site.

The hike was only 5.2 Kms and had a 650 foot elevation gain until we reached 5700Ft. It was really worth it. We saw Gray Jays, American Pipits, Juncos, Horned Larks, American Kestrels, Northern Harriers, Sharp-shinned and Red-tailed Hawks, Savannah Sparrows and Steller's Jays and Chestnut-backed Chickadees among the other regular mountain birds.

Getting back to the marmots (which is the reason we went here;))...they are absolutely adorable, both the young and the adults. The young have more white on their faces and bellies and are smaller in size. The adults have a bigger build like a Hoary and a copper striped tone to their backs and big buck teeth. Olympic Marmots are the largest of all Marmots and show the greatest sexual dimorphism with the males being much larger than the females. The Olympic marmot is the second-rarest North American marmot, behind the critically endangered Vancouver Island Marmot. I recently just saw the VI Marmot to read about my trip to see them click HERE

On the way home I was contacted about all the rare birds back in Vancouver, a White-winged Dove (a new BC Bird for both of us, that we ended up seeing the next day), and a Curlew Sandpiper (that has not been relocated so far). Also a Red-headed Woodpecker showed up in Revelstoke which was seen by multiple observers yesterday but not relocated since. With all these great birds we were anxious to get home but knew we would never make it in time, so we stopped at Cactus Club after explaining our exploits to the border guard and finished up with a delicious meal.

Thanks to Ilya for the nice birthday gift and a weekend I won't ever forget!. 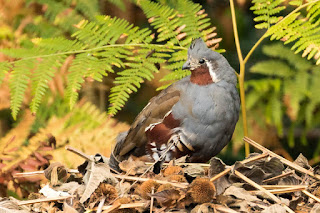 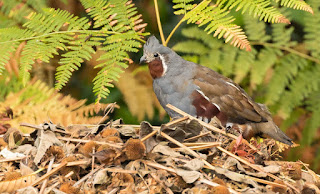 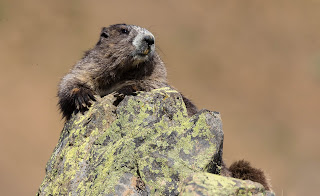 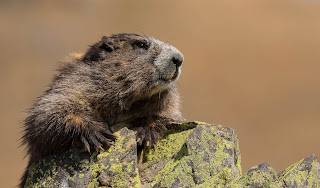 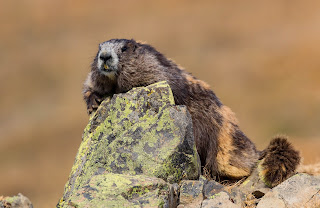 Another weekend where Marmots were the highlight, I'm starting to question this "birding" thing..