September 02, 2017
Yesterday, I got the chance to go down to Seattle to see the adult Swallow-tailed Gull (ABA Code 5 bird) that my friend Ryan Merrill found in Carkeek Park in Seattle. The bird was the most gorgeous bird I've ever seen. It is a nocturnal gull. It is actually the only nocturnal gull and seabird in the world! It eats squid and fish that come to the surface at night to feed on plankton.  I and BC resident and friend Ann Nightingale went down with me as well. We had fantastic views of the bird as it flew at us and sat on the shore. Traffic was surprisingly good all the way down to Seattle as well.  When we arrived the crowds of birders were there and it was easy to see where the gull was. My friend John Gatchet was there and we had crippling views.

I really wonder how this bird that breeds in the Galapagos Islands got all the way to Seattle (apparently this bird can become nomadic when food shortages occur...climate change?) but I am sure glad I was there to see it. This was one of the best twitches I have ever been on.

The sun was shining and the people were so happy the light was very harsh for photography but I did what I could for a few record shots. It was so beautiful to watch this graceful bird fly. If you would like to read more on this interesting species click HERE.

Ryan Merrill is one excellent birder (one of the best I know) that finds incredible birds in WA (and BC for that matter) but this bird tops all he has found previously in my opinion. It is the 3rd record for the ABA area and 1st for WA State.

Congrats Ryan and thanks for making so many of our days. 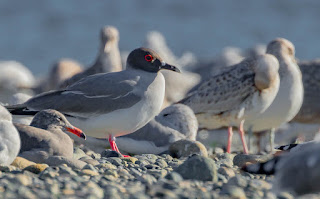 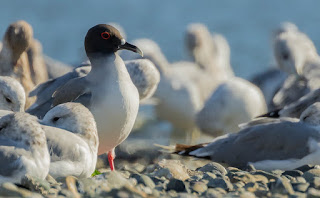 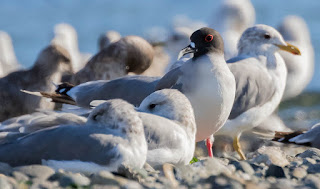