March 24, 2018
I chartered a boat the "Miss B Haven" from Ocean Outfitters in Tofino with 12 other people to go look for Parakeet Auklets. It was March and the right time of year. Mike Toochin and Roger Foxall saw them in March/April and so has other people like Ryan Merrill. We went out 43 miles from shore and were on Clayquot Canyon and the water was around 2000 feet deep. We searched in vain for Parakeet Auklet but found a fishing boat (a trawler) and behind it were huge amounts of birds. We ended up counting at least 400 Black-footed Albatross and 200 Northern Fulmars. All of a sudden Mike Toochin screams "SHORT-TAILED ALBATROSS!", we asked the captain to slow down and we ran out to the back of the boat and there it was that huge pink bill!  It was a massive bird...way bigger than the nearby Black-footed. We kept driving  along slowly towards the huge raft of birds and all of sudden a second bird appears and they both land on the water and start eating a rockfish head. Then a third bird flies in!!!! What the heck?! We all were in disbelief and they flew within 10 feet of the boat!!! One of the birds was banded too. Janice White has photos that reveal a partial band number. We sent that in to the researchers and they said: He was banded last year on April 24 as a chick at Tori Island, Hachijo, Japan. His full band number is 13D9932.

It was such an incredible dream bird! One we have dreamt of forever! Mike Toochin has done over 100 BC Pelagics and has never seen one !

The bird was a lifer for everyone on board except for Mike Toochin for whom it was a BC bird!

This is the 45th record for the province of BC.
(The actual number in BC is obviously higher than what is reported by birders)
I still can't get over it... I went out for one thing and got something better.

In addition on the way in we drove through snow (in Port Alberni) to get there and that Friday night it was pouring rain.  On Saturday as the weather forecast predicted it was warm and sunny! We were all very hot on the boat because we thoroughly overdressed. Not many Auklets about just a few Cassin's and Rhinos. We saw a few Pigeon Guillemots and many Herring Gulls, Brandt's Cormorants and a low number of Sooty Shearwaters, Common Murres, Brant, Pacific Loons. Neil Macleod spotted a Pomarine Jaeger on the boat which was the next coolest sighting after the STAL. It was incredible being in almost touching distance of the Black-footed that gathered behind the boat and 10 feet away from the STAL. It was  a moving moment to see these critically endangered birds. They have done a real comeback (now there are approx 3000 birds) though from being at the brink of extinction (down to 10 birds) after being hunted relentlessly in Japan for their feathers.

Other highlights of the day including many cool marine mammals are below:


Thank to Ron our amazing captain and to everyone who came!  I think people have a chance to see these birds if they go out soon as long as the fishing boats stay in the area those birds should stay put for awhile. 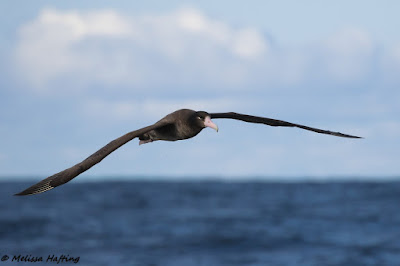 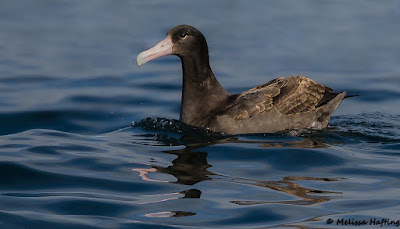 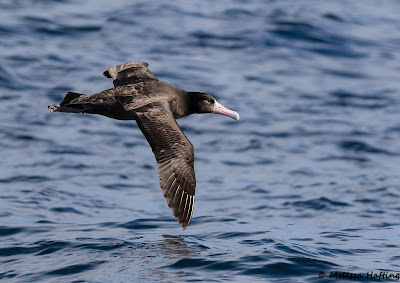 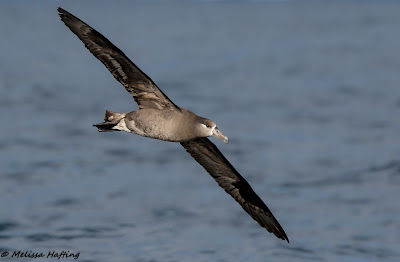 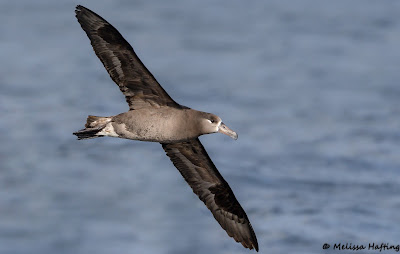