A new BC and Vancouver Bird (in 2 different counties) in one day!

Today was one of those birding days a twitcher dreams of. I got a new Metro Vancouver bird and a new BC bird and they were 4 hours apart in 2 different counties.

Let me back up. Yesterday, Mark Thomson emailed me and told me he found a Black-and-White Warbler (BAWW) at Riverfront Park. By the time I got the message it was dark... darn these short winter days! So I decided to get up at dawn and see if I could find him. I felt it was November and birds weren't so much on the move so I had a good chance to relocate him. Birds are most active in the morning as they are feeding so I figured I better get there early and I wanted to go to Kelowna and leave no later than 8 am. Since sunrise was at 7:15 am that didn't give me much time!

Well Ilya and I arrived at the park at 7:17 am and began searching we split up and covered more ground. He went to one extreme end and I the other pishing and walking around looking at every  branch and bush when I began to admire a large flock of bushtits. I find bushtits to be so cute. I was looking at these cute balls of fluff when I heard a warbler chip. I looked to my right and saw a zebra striped warbler climbing up and down the tree like a nuthatch! I love BAWW because they are so distinctive. It was exactly 7:49 am, I had found him with just 11 mins to spare!

I called Ilya and he came running over. For Ilya and I this has been a real nemesis bird. Most Vancouverite birders have seen this bird in the city. I mean this year alone we have had 7 records which is unheard of. I have chased all 7 of those records and dipped on 6 out of 7 so today was a long time coming!! We were both happy and after I texted it out to the local birders was glad to hear other birders got to see it. Sadly he disappeared mid afternoon not to return. Hopefully he can be relocated once more. It seemed like the Philadelphia Vireo all over again. The Black-and-White Warbler was a first year male and was Metro Vancouver bird #319 for me!

Here are some nice shots Ilya got of the bird. I didn't even take my camera out of the car in the morning because I had so little time to look I wanted to have my bins constantly ready.

I am now thinking 270 is a real possibility for my Metro Vancouver year list but only time will tell things really slow down in December. Regardless this is the highest I have ever done so far and have now broke my own and the county's record.


****The next day I was able to finally get some record shots of my Vancouver nemesis bird on my return visit....see below:**** 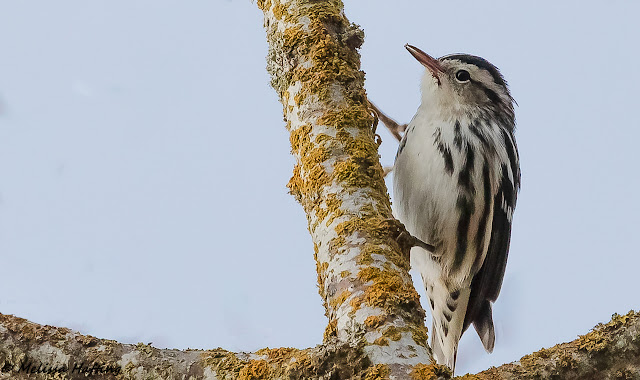 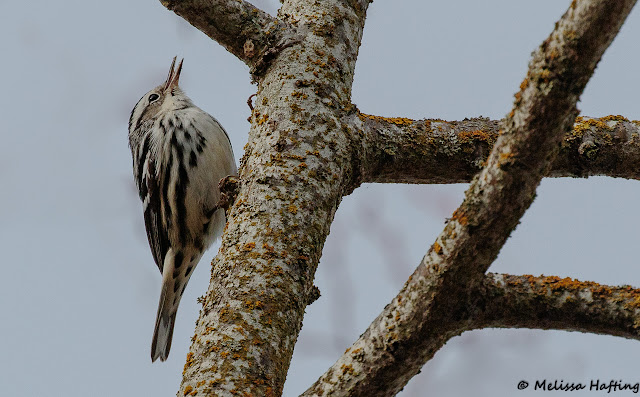 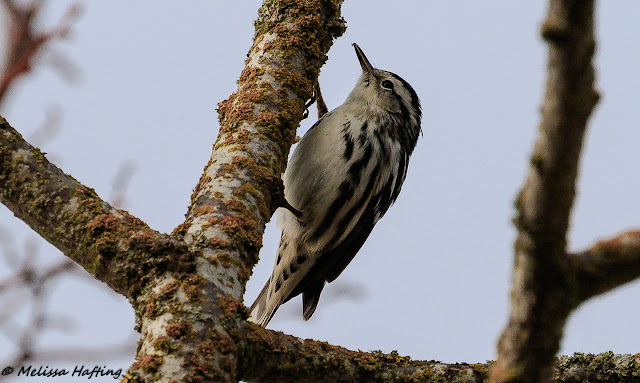 Well we sped away from Riverfront Park at 8 am. I admit it was hard to leave this cute little warbler but we had another tiny bird on our minds. The weather was great and I had checked DriveBC the night before and all roads were clear. So with winter tires on as legally required we went up the Coquhilla with a sigh of relief and hopeful wishes.

We were chasing our friend Chris Charlesworth's bird that he found on Nov 5th. The weather was phenomenal so we figured the little Gnatcatcher would stay but I sure hope he would leave soon for his sake because if there is a cold snap he won't be fairing too well. It will most likely kill him. Gnatcatchers cannot handle the cold and lack of food.

Anyways on a positive note we pulled into the Scandia Woods parking lot at 11:55 am. It took us just shy of 4 hours to make it.  There was virtually no traffic which was nice. We texted Chris because there was a big sign trail closed but he told us to ignore it as it was an "old sign" and we began searching for the Gnatcatcher. Chris told us the easiest way to find him was to hear him. So as we slowly walked down this beautiful new paved path we ran into 4 birders who were searching for him but didn't find him. One guy Brad Vissia said he had already seen the bird a few days ago so was heading out. The rest of us searched on. I walked all the way down the path to the exact spot Chris found it about 400m from the parking lot while Ilya slowly walked and pished. When I got to Chris's spot I heard nothing so walked another 100m and heard him and called out to Ilya. Ilya had heard him as well almost at the same time and he spotted him and called me over to show me him in the bush. I tried to call the other 3 birders looking but they didn't see or hear me. I decided to snap a few pics an then go and get them as the bird was not going anywhere.  As I was doing this I said Ilya look a deer is on the path and we both looked at him and went back to shooting. All of a sudden Ilya screamed get off the trail! The buck with pointy antlers was now running at us charging. It was rut and Ilya was talking loud to the buck with a raised voice and waving his hand and I did the same. I admit I was scared as the stag kept coming an they can really do serious damage and actually  kill with their hooves and antlers. Well luckily a brave woman on a bike came zooming at him on her bike and got him to run off into the bush. He was huffing and puffing in the bushes and we backed up. Then the does we didn't see behind us began running away and the stag followed. Obviously we had got between the stag and his does. It was rutting season a time you don't want to mess with male bucks. Well after that scary encounter we thought how stupid we were not to bring bear spray with us. If we had it we could have sprayed the buck. If that woman had not come by it wouldn't have ended so well.

Anyways, after this we went back to get the 3 people still looking for the Gnatcatcher. We told them we had him down there and would take them to him. Jim and Deidre Turnbull and Linda. Eventually we got them all on the bird and we were really happy! He flew right by the path and gave us excellent views and great photo ops! We never did see the reported Harris's or Swamp Sparrow that day. 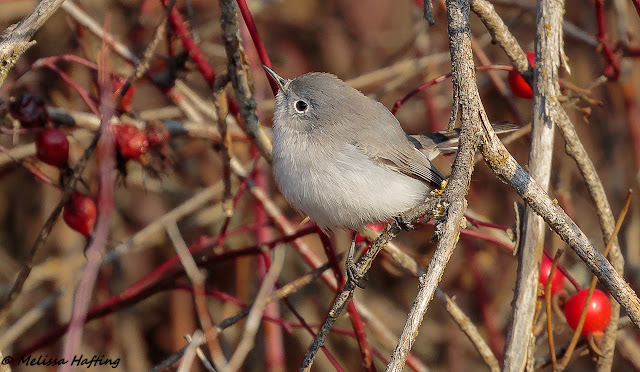 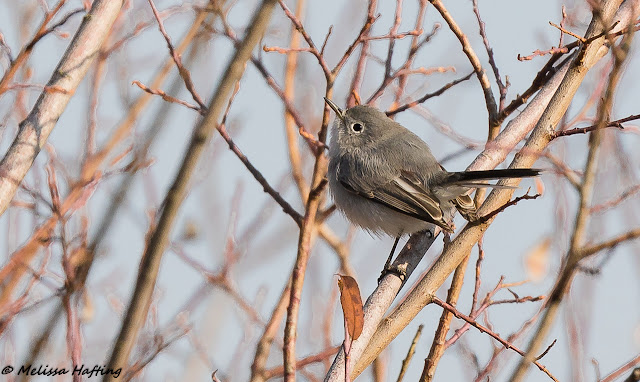 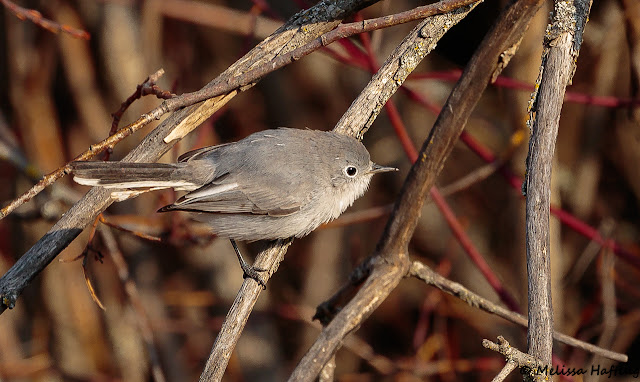 On the way out we ran into friends Dian and Len Jellicoe from Abbotsford whom we haven't seen in awhile. It was nice to see them and I'm sure they got the bird.

We had a delicious meal at the spaghetti factory to celebrate and we were on our way back to Vancouver, making it down the coq before it was dark and home before dinner.

The Blue-gray Gnatcatcher was BC Bird #423 for me. A great and very successful and efficient day with a day like no other that I've had before.