PLEASE HELP! A PEREGRINE FALCON NEST AND CLIFF SWALLOW COLONY IS IN JEOPARDY OF BEIND DESTROYED IN ABBOTSFORD!

A Peregrine Falcon nest is about to be destroyed by a mine in Abbotsford. It is located at Quadling Quarry at 40251 Quadling Rd in Abbotsford and operated by Mountainside Quarries. This Peregrine Falcon nest is protected under the BC Wildlife Act, Section 34 (b) all year round. However the BC Govt is about to issue a permit to the mine to destroy it. Mitigation methods are supposed to be a nest box and ledge that the birds can use to nest in but there is no guarantee that they will use it.

Birders, naturalists, conservationists, Sumas First Nations and environmental groups are writing in letters to the ministry and MLAs and premier to save this nest. Pam Alexis the MLA for the area has responded to me via email and is taking this seriously and is looking into this matter she assured me. She too believes it is important to save these Peregrines.
There is a petition trying to stop the nest from being destroyed that has over 3200 signatures! Please sign it HERE if you can.
The peregrine falcon is a red-listed species, as the subspecies that nests here is the anatum subspecies. There is a second red-listed species at this site, the Phantom Orchid. There is also a large colony of Cliff Swallows which would be destroyed. Cliff Swallows are declining and protected under the Migratory Birds Convention Act federally. 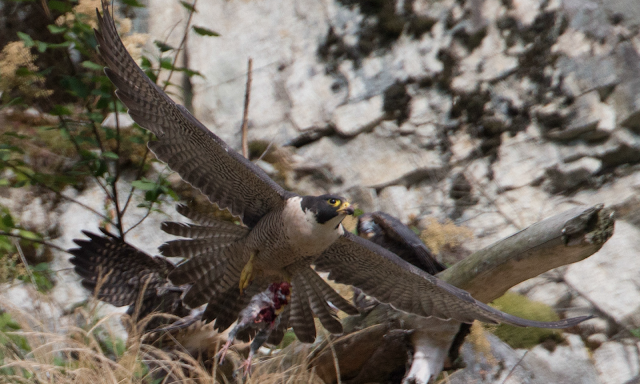 If the BC Gov't issues a permit to destroy the Peregrine Falcon nest, they are setting a dangerous precedent to break their own law and not follow their own mandate; which is to protect BC Wildlife. This pair of breeding Peregrine Falcons is the most successful breeding pair on the south coast as well. It would literally be criminal to lose them. It sure shows us that BC really needs an endangered species act as other provinces have. However, the BC Wildlife Act should protect Peregrine nests adequately year round.
Biologist Howard Bailey has been working tirelessly to save this pair and Carrie Milsop who works for the Sumas First Nation reached out to me to help.
I have written birders and conservation groups to write in letters via email and sign the petition via my instagram account and by sending emails. The response has been absolutely overwhelming! It shows how much this birding community cares about conservation and these beautiful Peregrines. We must demand that our government respects Indigenous rights and protects the precious wildlife that we have left.
I want to send a big THANK YOU to Nature Chilliwack, Burke Mountain Naturalists, Wild Bird Trust, Hope Mountain Centre, BC Nature, Defend Them All, Garden City Conservation Society, Langley Field Naturalists, Birds Canada and all the individual birders for writing in letters. Also BCFO said they intend to write a letter as well which is great. 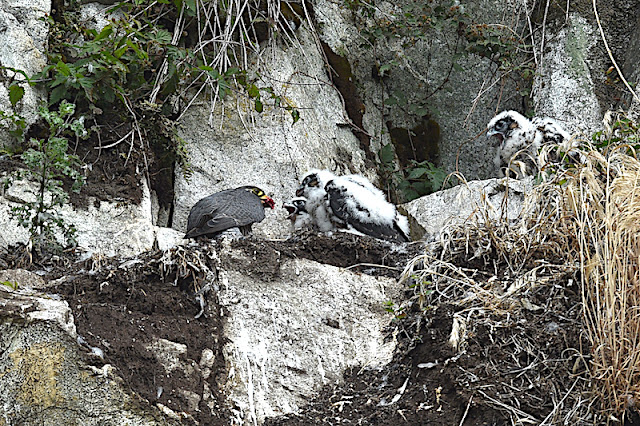 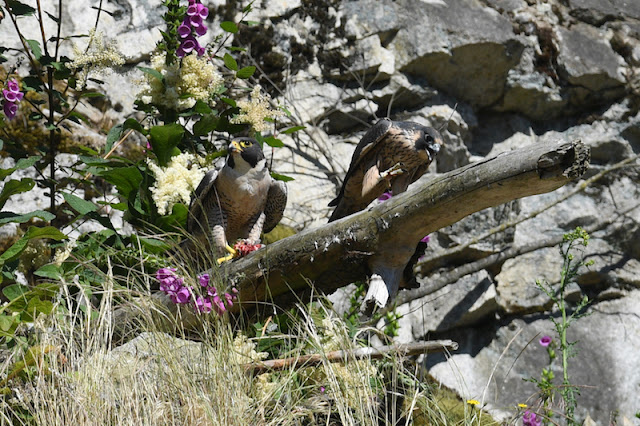 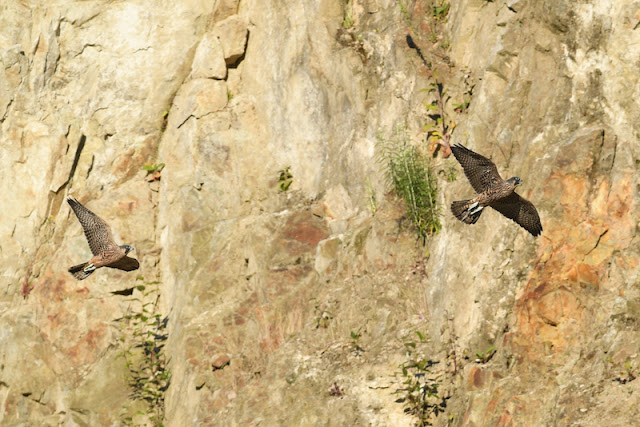 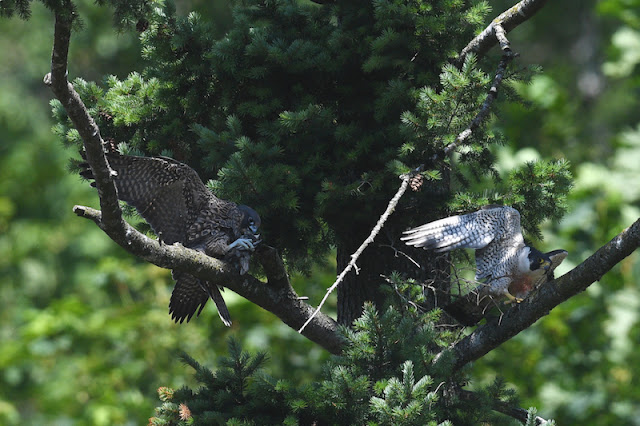 If you have time please send an email to this group (see email addresses below) of people making the decision and those who have the power to stop it (like the Premier, Ministers and MLA) and ask them not to issue a permit to destroy this nest.
Scott.Barrett@gov.bc.ca, Jim.Dunkley@gov.bc.ca, premier@gov.bc.ca, FLNR.Minister@gov.bc.ca, Allan.Johnsrude@gov.bc.ca, Joshua.Malt@gov.bc.ca, Joel.Gillis@gov.bc.ca, env.minister@gov.bc.ca, Pam.Alexis.MLA@leg.bc.ca,
The decision will be made in a matter of weeks so time is of the essence!
Today the Abbotsford News ran a story about the plight of the Peregrines that you can read HERE
Defend Them All Foundation also posted a story yesterday about the Peregrines, Cliff Swallow and Phantom Orchid that you can read HERE
The Narwhal is apparently also working on a story on this. 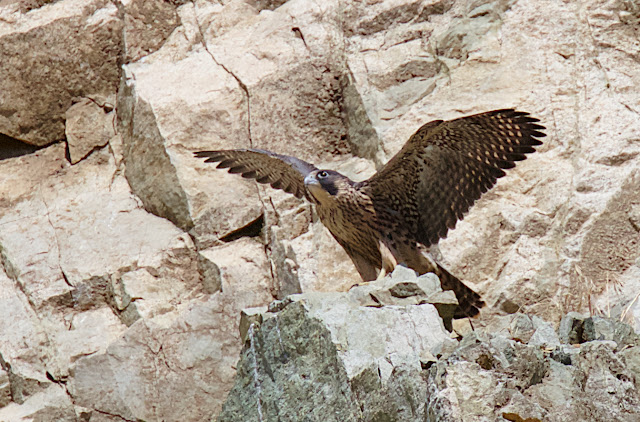 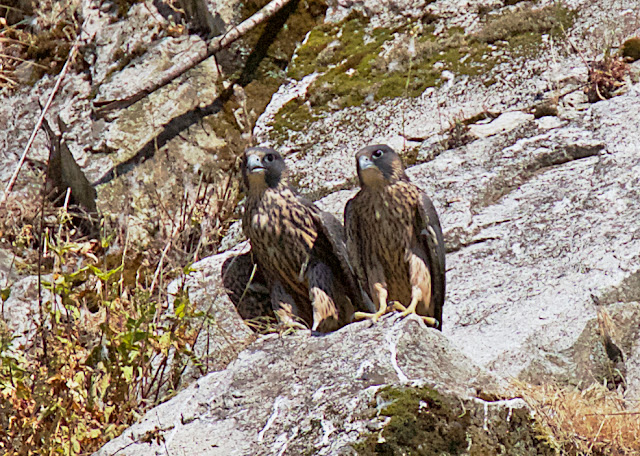 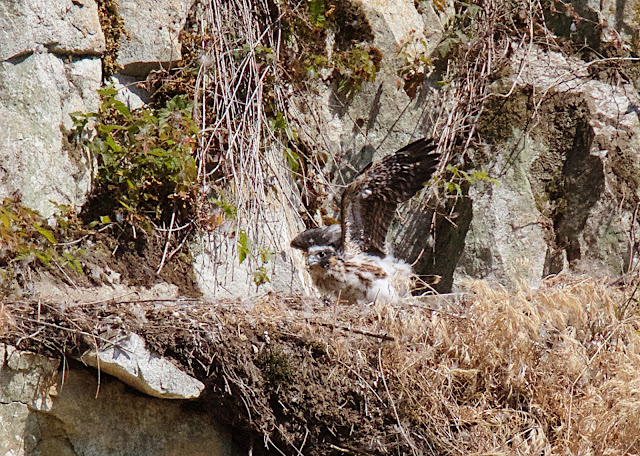 Thanks friends for fighting for these birds! With all this public pressure on the Ministry it will be hard for them to ignore us now. Let's hope and pray that the BC Gov't does the right thing here and saves this important site. I couldn't think of a better Christmas present for us birders!