We photographed many Eared, Pied-billed and Red-necked Grebes who were either on the nest or had babies. Days like this are ones you can only dream of and it was nice to experience such a magical weekend. We even bumped into our good friend Guy Monty while viewing some Lewis's Woodpecker while he was on his way to Valemount.

The highlight of the trip for me was definitely seeing the American Badgers because they are endangered in BC  with less than 350 and it was my first time seeing them in the province. I have only seen them in the prairies. Locations are withheld since it is a den with young and they are endangered. The Great Gray Owls were also a highlight and their location is also withheld as they are nesting birds that are sensitive to disturbance. Not sure if you heard but a Badger was just caught in a wolf trap a few days ago in BC luckily it was released and is ok! You can read that story HERE. We don't want to lose anymore of these amazing animals.

What I found really unusual was how the Steller's Jays near the Great Gray Owl family would mimic the owlets begging calls and then also mimic the other adult Great Gray Owl confusing one of the adults. It was as if the Jay was teasing the poor Great Gray who would respond and fly in, only to be met with the mocking Jay. One of the owlets had to do loud bill clapping and climb high up a tree to right his mom's attention! I had never seen that behavior before in Steller's Jays. I have seen them mimic other birds but never in this manner so relentlessly. The way he mimicked the owls really sounded just like the Great Gray, no wonder he fooled them, he was a real ventriloquist!


With less than 350 of these animals in BC  I was thrilled to find a den of 3 young badger cubs with a sow. I'd never seen them in BC before so it was one cool treat! They seemed to be eating rats off the side of the road. The way they ran with those massive claws was one cool sight they sure were cute. 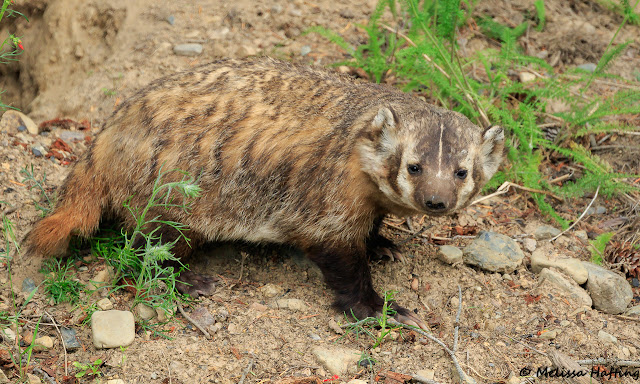 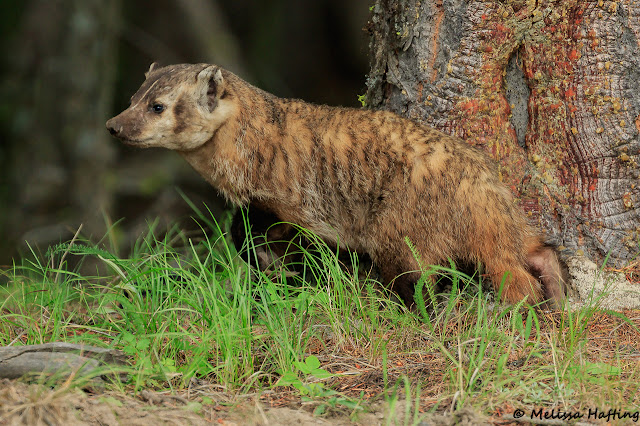 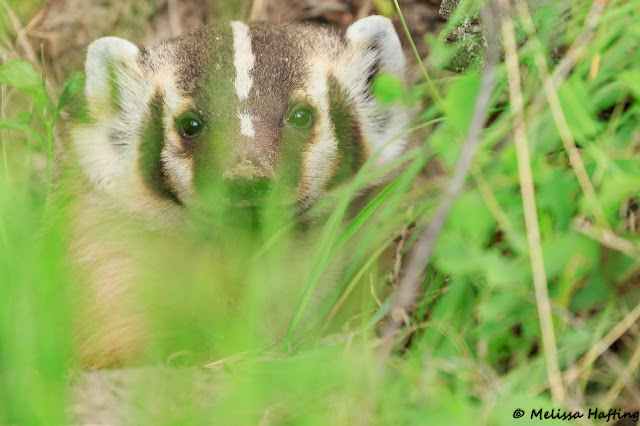 I had no nice Eared or Red-necked Grebes photos in breeding plumage so seeing them up close for some nice photos was a real treat. I loved watching the babies ride on the back of the parents and hear the interaction calls of the parents. All grebe chicks really look so unlike the parents and they are just so adorable. Here is a photo of the male leaving the female and chicks to catch some food. 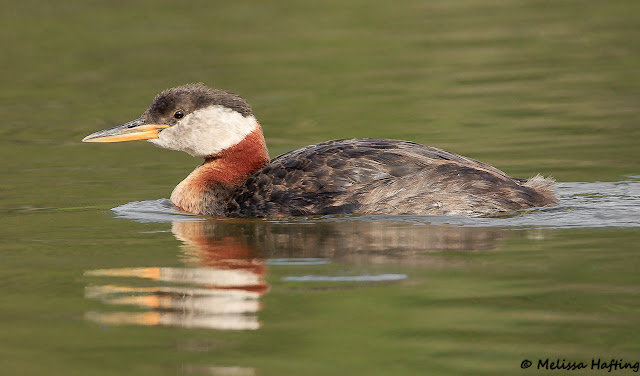 I got my best photos ever of a pair of very accommodating Eared Grebes when I scouted this location a few weeks back I had found 4 Eared Grebes but today only 2 were present, meaning they didn't nest at the location as I thought they would. Due to the high water they are popping up at all these flooded fields, so I took advantage of that this year. We had to get up really early to make sure the light was good by 10 am shooting was done. The lush green and gold setting really added to the stunning finery of this breeding pair. 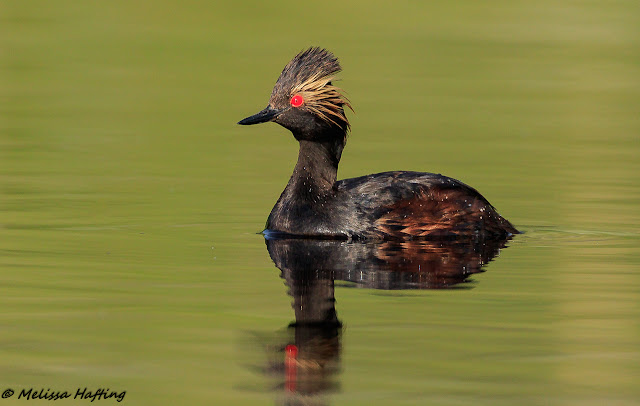 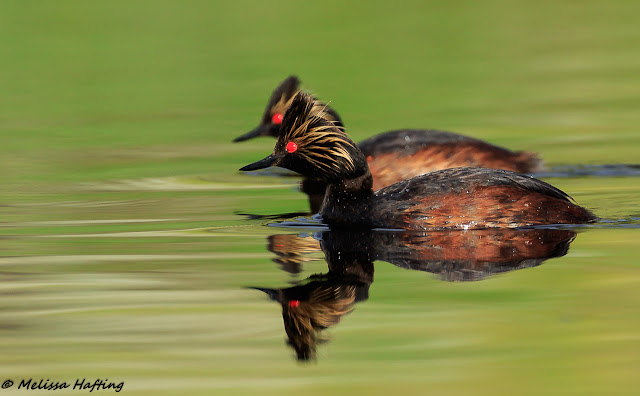 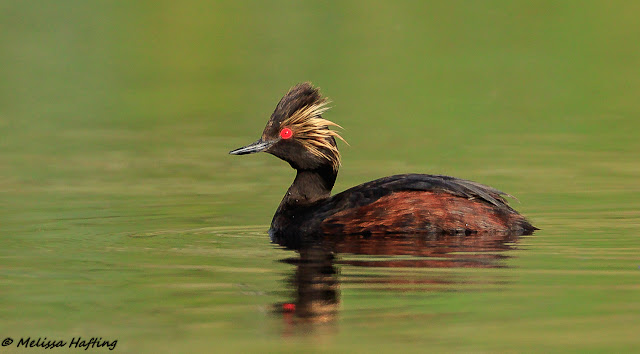 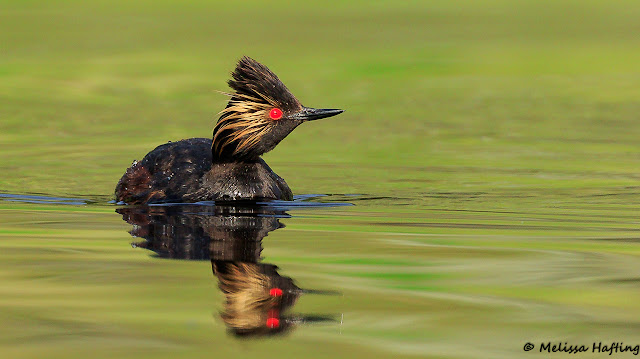 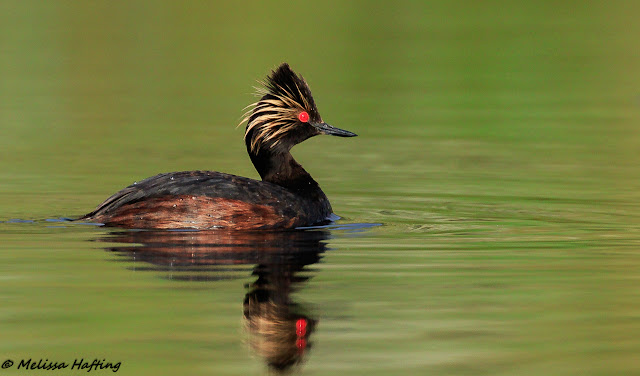 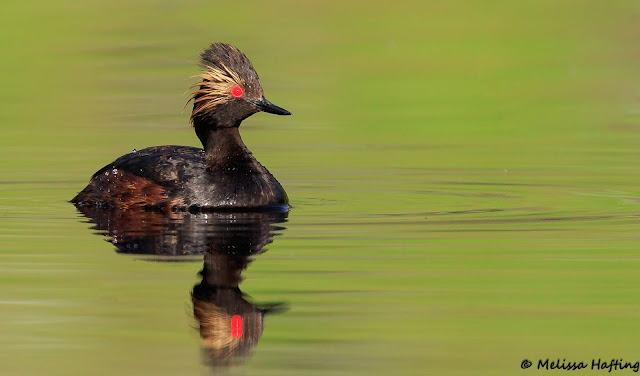 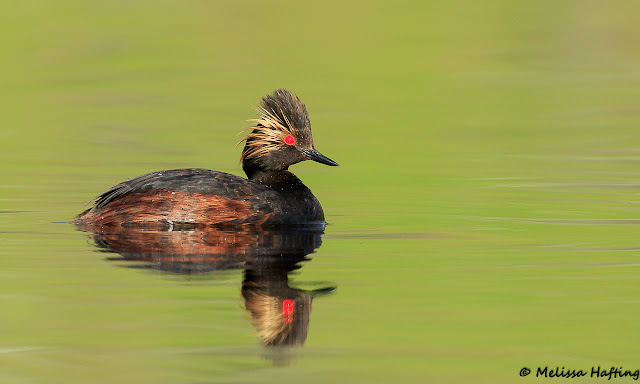 On the way home we stopped to see a Veery, that Paul Foth had found a few days before in Agassiz. We found it within 5 mins singing 200m down the dyke trail on McDonald Rd S. You can listen to a recording I got of the bird HERE.