December 10, 2018
Two days ago Ian Cruickshank found a Winter Wren at Fort Rodd Hill National Historic Site in Colwood. He detected it by call of course as they really are not truly distinguishable by looks alone. Ian Cruickshank is one of the best audiophiles in BC so when he first reported a "probable Winter Wren" I knew it would be legit. Even though the bird was not relocated by those who looked on Sunday I decided I would try the next day. I figured the bird would stick around just like the Winter Wren that Chris Charlesworth found a couple years ago in Kelowna. When a bird turns up in December it usually stays unless there is a major weather change.  Fort Rodd Hill doesn't open until 10:30 am so there was no point getting on the 7 am ferry from Vancouver so we hopped on the 11 am ferry. We were surprised to see no one looking for the bird. I mean it was raining and the admission is 4$ but it is a frigging Winter Wren in Southern BC! It was also the first record for Vancouver Island! A true mega!  We weren't discouraged but it sure was silent. Apparently Keith Taylor looked for an hour but never found it at 10 am. Well within 30 mins the Winter Wren began calling his Song Sparrow-like diagnostic call. He sounded nothing at all like a Pacific Wren and he was all alone.

The bird was very active and squatting and bopping and flying around in full view allowing for a few photos showing off his pale throat and more barred flanks. I still would never call a Winter Wren a Winter Wren on this alone a diagnostic recording is a necessity. Geoffrey Newell and his brother and Jeremy Gatten were the only ones who came out to see the bird after we reported it. The next day it was thankfully seen by others in better weather.

Some snaps I got: 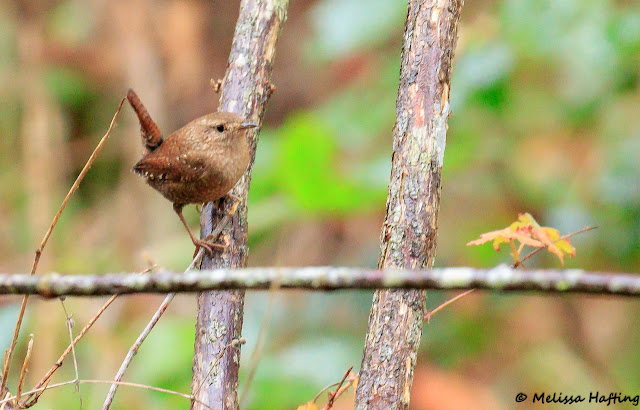 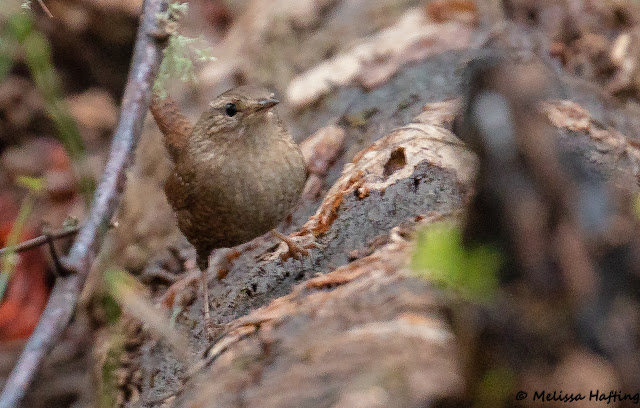 We looked after for the reported possible Arctic Loon at East Sooke Regional Park but we couldn't find him. It was pouring but we saw lots of good birds and some hungry River Otters. We saw a few Pacific Loons but nothing like what David Bell had reported which was 60+. We saw Common Mergansers, a strange black-headed Gull that flew by so fast I couldn't ID it to species but am pretty sure it was a Franklin's Gull due to wing pattern, Common Murres, Red-necked and Horned Grebes etc. The coolest thing we saw and heard though was a large flock of Western Grebes calling. I don't often get to hear the cool sounds  they make as they tend to stay out far from shore near Vancouver.

Well after a very nice afternoon of birding we went to eat at one of my fave restaurants in Victoria: "Cafe Mexico." We were having delicious enchiladas when my pregnant sister texted me that I should call my parents because she was having an emergency c-section as the baby was having an erratic heartbeat because the umbilical cord was wrapped around his neck. It was a true medical emergency. I began to cry but Ilya reassured me that all would be well. We went straight back on the ferry and then to the hospital.

By the time I arrived at the hospital the baby was born and her husband let me hold him. My sister had made it through all right as well. It was the first time I was an aunt and it felt so wonderful to hold my little nephew. They named him "Parker" and he was a little miracle baby. I cried some tears of joy and waited for my sister to come out of the recovery room. When she finally came up on a bed a few hours later I told her that I got two gifts today a cool Winter Wren and a baby nephew but this was the first time the other gift was better than any rare bird.