June 23, 2015
Since I was going down to do some Washington birding (including to twitch the Caracara), I figured I would extend my time down there to see as much as possible in two days. It's a fantastic state to bird in with so many great birds that we don't regularly get in BC with their varied climates.

Long-billed curlew calling out near the Burrowing Owls (Othello)

Rock Wrens (8!! At Ginkgo state park where I met the coolest park ranger ever)

Sage Thrashers (4! singing their hearts out and nesting as they carried bugs in their beaks at Quilomena Wildlife Refuge)

Townsend's warbler x Hermit Warbler hybrid (1 cascade mtns) I actually ran into a UBC researcher Silu Wang, who was studying these birds as well with mist nets she was looking for pure Hermits but we both came up short that day.

And to speak of a magical moment...after five hours of hiking around we heard a soft hooting noise and after investigating for quite some time as to where it was coming from we found a male NORTHERN SPOTTED OWL looking down right at me! I immediately had tears in my eyes that started to run down my face with no shame. It was such an incredible and moving moment. The owl was hooting for a female that was calling out in a higher pitched voice but I never did find her but I sure heard her soft call. The male would stalk up the branch like a little parrot. I sat down beneath him for a few hours until he fell asleep and just watched and listened to him. I don't think any birding moment in my life has ever topped it. The location of these owls of course cannot be divulged because of how endangered these animal are. We really must do more to protect these old growth forests so that these owls really do not become relics of the past or ghosts of the forests which they basically have become in BC.

Greater Yellowlegs (great bird for June because they should be in the Boreal right now! This bird was at McCain ponds which is near Othello)

And to finish it all... alerted to us by mobbing Robins was a beautiful Crested Caracara with a fully engorged crop. We were was able to watch this bird for 40 mins before he flew away into the woods in the cute town of Skykomish. The neighbours and other American birders were as friendly as ever in this town! I watched it with Scott Downes and his daughter Sierra.

If you get the chance to stay in Quincy I highly recommend a stay at the Cave B Winery. It is pricey but you will be hard pressed to find a more beautiful and birdy spot in the area!

Here are some photos from my brief trip across the border. 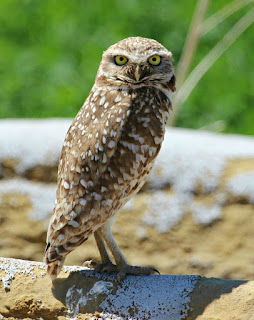